You weren't kidding about the learning curve

Looks just like the learning curve of EVE from back in the day: 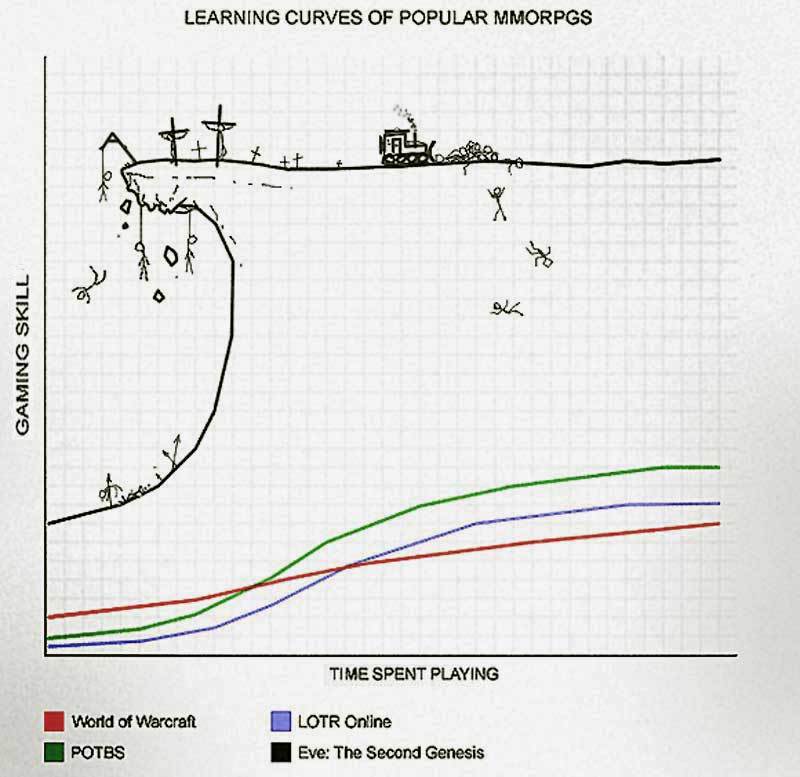 So I managed to make it out of the starting area (lame “Federation”) and to the edge of the much more civilized Empire space. Here’s my current self-immolation count:

But still having fun with it

Now that I’m flying around quite a bit, I’ve been interdicted twice by pirates. Interdiction is when a pirate zaps you with a frame-shift-drive interdictor (jump-drive scrambler to you and me). It puts you into this minigame where you both try to stay on target … the one who does best wins. The first time I got interdicted, I won the mini-game. The second time, they won … but I managed to smoke them with my superior weaponry (three energy-pea-shooters

After losing another combat-specialized scout ship due to taking on stronger pirates than I could handle, I was nearly out of funds, which was making doing missions hard because a lot of the best faction missions require you to purchase something and give it away. So I flew out to a nearby ringed planet to see if I could figure out this mining thing (before actually buying mining equipment) … but there were pirates there too! Incredibly lucrative pirates … and system security to help you shoot them down!