Note: All currencies are shared across all characters, in other words currency belongs to the player, not the character

There are several “faction” merchants in the game. You complete tasks or gather materials and turn in those tokens to the appropriate merchant to gain faction. When you level up a merchant, you get a package containing one faction item, faction shaders and one additional reward. Each merchant carries unique faction gear, so if you like the look of a particular merchant’s gear, you may want to invest more time working on that faction. 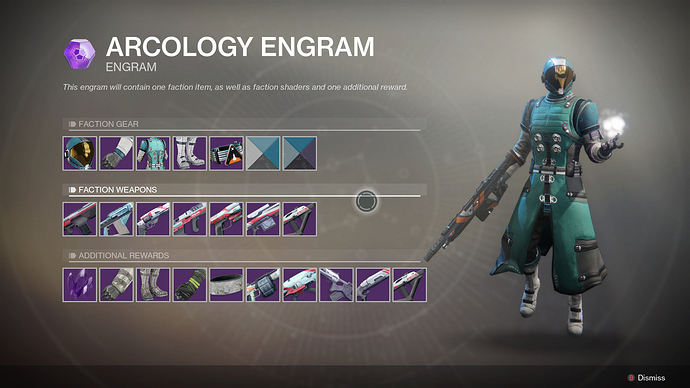 The faction merchants are:

There are several Legendary gear sets in the game available from various faction merchants. These are the names of the gear sets: